Rick Ross: Still A Denial? Or an Ambiguous Admission? Hmmm… 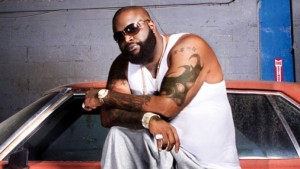 In a recent interview on an Arizona radio station, Rick Ross spoke about the corrections officer fiasco that has boosted him into the center of scandal. But while most sites are reporting that he has yet again denied it, I want to analyze his quote. He says, and I quote,

“In the game, it’s real competitive. Competitors have to do what they have to do to eat. We making the best music. Y’all seen the BET Awards, y’all saw the magazine. We the biggest in the game, we the best in the game. Just keeping it real. And anytime, somebody can attack my character, like I said, you get nothing from the boss. I don’t give haters the pleasure.”

Now I don’t know about the rest of you, but I’m loving this so much, I’m not gonna stop talking about it until I get a clear YES or NO from Rick Ross. I need him to say “no, i was not a corrections officer.” just like that…in a complete sentence! Seems like he’s saying a whole lot of words that amount to absolutely nothing. This is not a denial. It is a calculated publicity move to avoid the question. At least that’s what it sounds like to me.

View all posts by Admin

10 thoughts on “Rick Ross: Still A Denial? Or an Ambiguous Admission? Hmmm…”