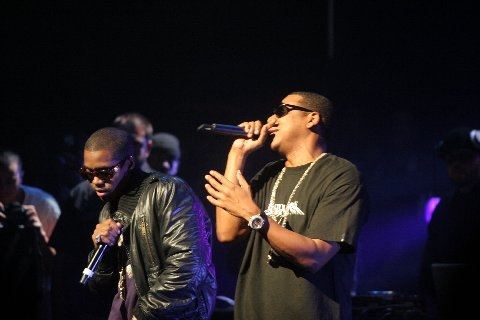 This just in….Okay, not really. Can you guess that I’m being sarcastic, yet? Why is everyone reporting on Nas pushing his upcoming album, N***er, back a few months. You didn’t really think he was going to put it out in December, did you? C’mon, when Jay-Z decided to drop his CD American Gangster in November that pretty much should have told you right there that there would be no Nas album. Well, I guess I’ll get back to the news which is that it isn’t coming until February.

And by the way, check the Nas and Jay picture from their Apollo show a few weeks ago. Is it me or is their newfound friendship where they have to join each other on stage getting a little played?? It’s screaming publicity stunt, and I miss hearing “Takeover” and “Ether.” I’m gonna go play them now.

View all posts by Admin